“For the past two years, Sylvain has shown strong leadership as executive vice president of Fix Network (Canada),” Steve Leal, president and CEO of Fix Network World, said. “As our Network continues to grow, this move will allow Sylvain to build a team that is nimble, proactive and responsive to the needs of our franchisees, our insurance partners and our staff. I am proud of his accomplishments and know our Canadian business is in very capable hands.”

Sylvain has been with Fix Network (Canada) since 2018 when he joined as vice president of operations. In that role, he had oversight of the operations teams for all brands in Canada which include Fix Auto, ProColor Collision, NOVUS Glass and Speedy Auto Service. In 2020, he was promoted to executive vice president of Fix Network (Canada). He has more than 30 years’ experience in the automotive aftermarket services.

“I am very excited and grateful for this new opportunity,” Sylvain said. “I know we have a great foundation to build from and have a lot of work to do to move forward. As a result, I am streamlining our Canada executive team to better focus on our goals and objectives.”

Daryll O’Keefe has been promoted to Senior Vice President of Canada (includes all provinces except Quebec), reporting to Sylvain. Regional Vice Presidents Chris Peterson and Mark Weeks will be reporting to Daryll.“Additional changes will be made in the near future that will positively impact our team,” Sylvain said.

Fix Network World is a global leader in the automotive aftermarket services sector, consisting of Fix Auto, NOVUS Glass, ProColor Collision, Speedy Auto Service and SRP brands. Each of our locally owned and operated collision, glass and mechanical repair facilities offer hassle-free vehicle care and services. Our company and our network continue to grow nationally and globally, thanks to a solid foundation based on entrepreneurship and innovation. With over 2,000 points of service around the world, Fix Network is the premier global automotive aftermarket services solution. 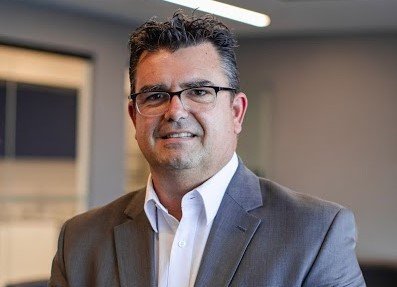