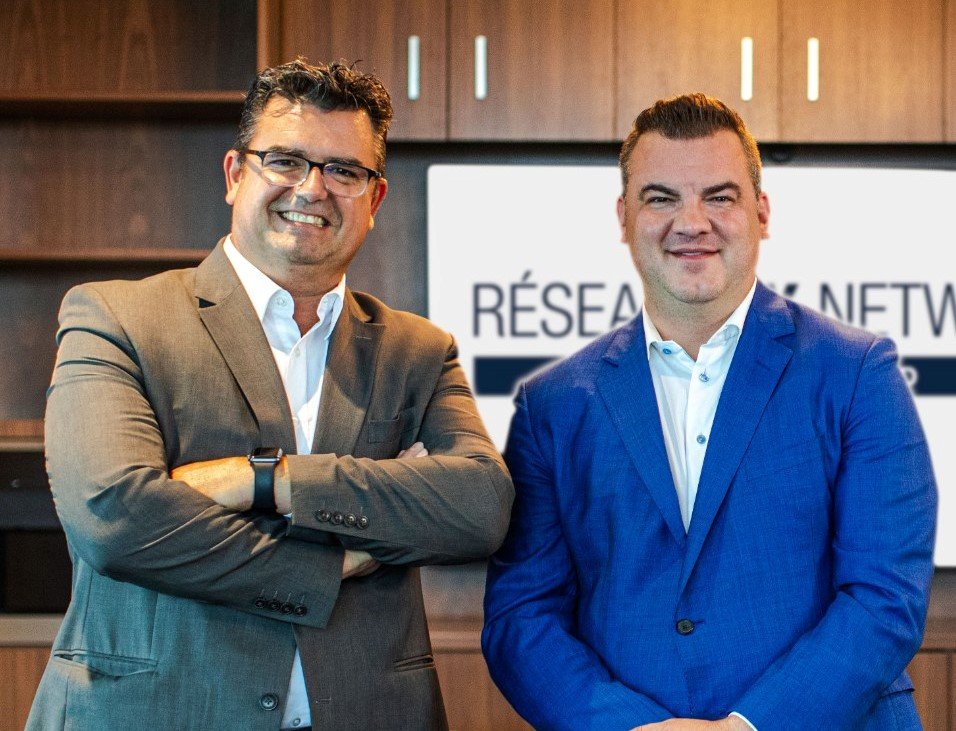 There are few career moments as exciting – and these days, as challenging – as taking over the top job at a company or organisation. And when you are asked to spearhead the Canadian operations of one of the fastest growing global businesses, it can be a daunting experience.

As someone associated with the automotive aftermarket industry for the past 30 years, Sylvain Seguin has seen it all. When he was appointed as executive vice president – Canada for Fix Network in September 2020, he knew that he had to hit the ground running and build on the vision of Fix Network’s President and CEO Steve Leal. One of the high-priority tasks was to shepherd the network’s large aftermarket portfolio that includes Fix Auto, ProColor Collision, NOVUS Glass and Speedy Auto Service, and ensure that all operations were aligned to ensure its franchisees remained profitable.

But this is where Sylvain showed his real strength as a leader. Taking his learnings from the previous years and with Steve’s active encouragement, he set about ensuring the shops were protected against the economic uncertainty surrounding the pandemic and that new shops were constantly added to the network. Tough times call for tough action. While Sylvain effectively managed the business, he was careful with expenses, so the network was empowered to ride through the pandemic.

“I am a big believer in agility,” Sylvain says. “The past two years presented its own risks and rewards to businesses everywhere, but we were never going to sit on the fence and watch them unfold. One of the first things that we did was to actively listen to our network, understand the gaps and how we can make a difference for our franchisees. We have been working hard to provide value to our franchisees and will continue to identify opportunities that lead to profitable growth.”

Today, Sylvain is widely credited as the man who can make things happen and for disrupting the aftermarket business. Along with a motivated team of seasoned aftermarket professionals, he drives all functions and operations in Canada, including sales, operations, business development and marketing. He is also accountable for establishing and maintaining long-term relationships with the network’s franchise strategic partners, insurers and distributors to enhance profitability and market position.

Steve is confident that he has picked Sylvain as the right man for the job. “Fix Network is growing quickly, and I had been looking for the right person who shares my vision,” he points out. “We are keen to take our brands to as many new areas in Canada as possible and increase our market penetration in regions where we already have a presence. Sylvain and I have collaborated closely on many complex strategies in the past. Our chemistry works well, and I believe that’s very critical in running a large and complex network such as ours.”

With Sylvain taking charge of Canada, Steve says he can now concentrate on the network’s global plans. “Typically, you can’t do everything you want to do, so you need to make some strategic choices,” he says. “This is where you begin to align the organization around a common vision for the future. Sylvain knows what the business priorities are and is quick to identify profitable opportunities for our franchise partners.”

“Despite the challenges of the current situation, we are determined to stay united as a group and demonstrate the importance of a network,” Sylvain says. “This culture of collaboration saw us growing our presence significantly across Canada and entering new provinces such as Manitoba, Saskatchewan, Prince Edward Island and Northwest Territories.”

Sylvain is also a big believer in technology and digital transformation. “Fix Network is known as the disruptor in the aftermarket business,” he says. “We are always exploring ways to change old beliefs and behaviours and are not afraid to look for ideas in the most unusual places. This agility reflects in our company-wide culture where instant feedback and direct, unfiltered communication take priority. This mindset allows us to accelerate the pace of technology deployment not only in our franchise locations but also in our own operations.”

Two of the major areas of excellence that Sylvain is pushing for are training and certification so that shops can be on top of their game. “We have developed a full curriculum of training for our franchisees’ employees that teaches them the latest in collision repair and automotive glass repair. In addition, our training centres in Canada ensure that our technicians are well-trained in the latest auto technologies and that their shops have the right tools and equipment to deliver and inspire the best quality repair experience for modern vehicles everywhere, for everyone,” he says.

According to Sylvain, as the country tries to return to normal, Fix Network will continue to innovate its operations throughout the year, adopting lessons learned from the past and identifying profitable opportunities for its franchisees. “I would say we are just getting started,” he says.